Donnie Berkholz’s blog post on the expressiveness of programming languages has generated quite some online buzz. In this post, Donnie used the Ohloh dataset to rank programming languages by their expressiveness, as it can be approximated by the number of lines per commit in projects written in this language. The details of what data did the author process are not provided, xor a minor comment by the author as a response to another comment. 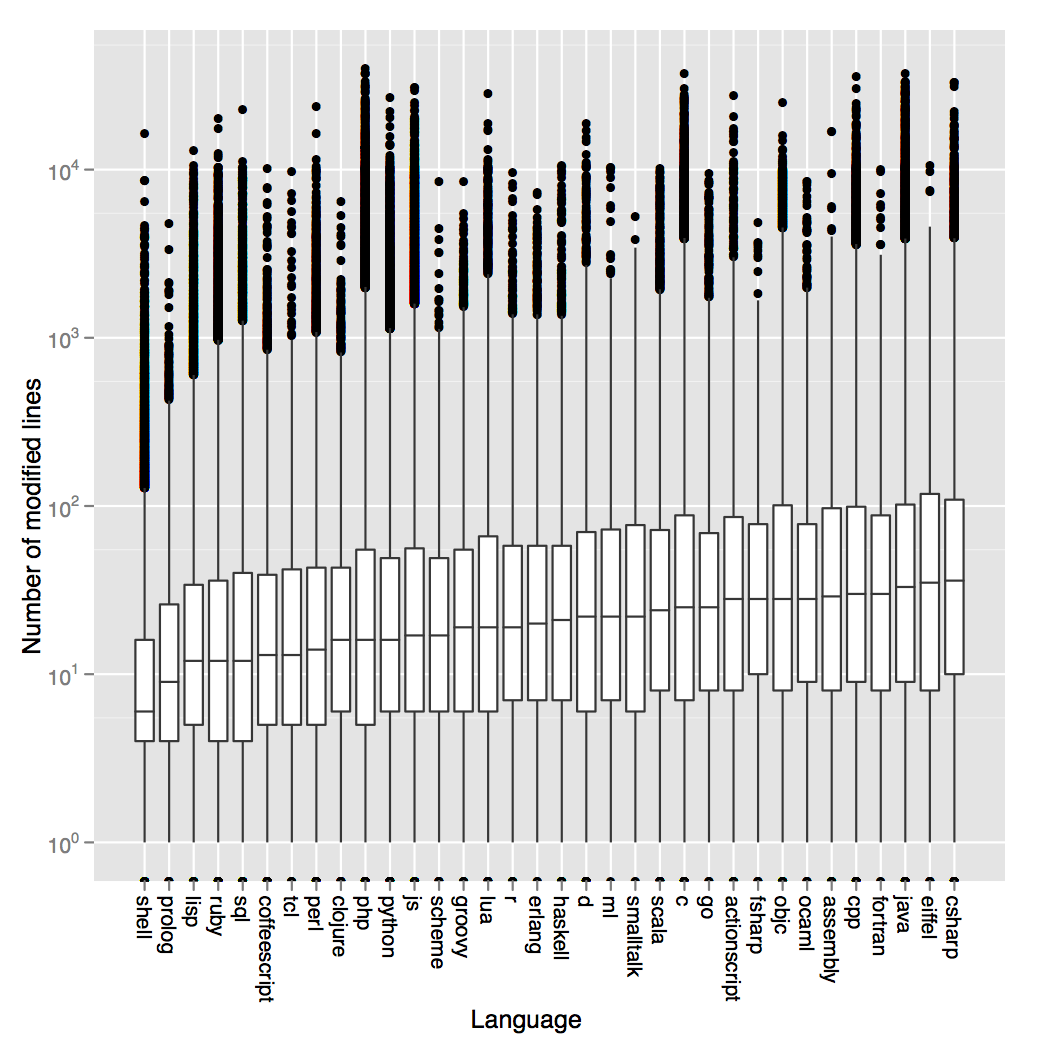 I will be careful not to make any remarks regarding the expressiveness of programming languages based on this data. The data speaks for itself and contradicts many observations Donnie included in his blog. I do believe however that the method used to extract the data is more sound as: